Writing the History We Think We Know

View the archive of this 90-minute class from acclaimed historian and writer Catherine Grace Katz, and discover the Five Things She’s Learned about how to uncover and share the stories that challenge our ideas of history.

View the archive of my 90-minute class and discover the Five Things I’ve Learned about uncovering the forgotten voices and experiences that make us reconsider the people and events that we assume we know inside and out.

Winston Churchill. Franklin Roosevelt. World War II. These are some of the biggest names on the biggest stage of history—the people and events that have endured in the public imagination perhaps more than any other. As Winston Churchill said in 1940, “History with its flickering lamp stumbles along the trail of the past, trying to reconstruct its scenes, to revive its echoes, and kindle with pale gleams the passion of former days. What is the worth of all this?” Indeed, what is its worth? And with more than one thousand books written about Winston Churchill alone, it is natural to wonder what is left to say that hasn’t been said already.

However, it is the history we think we know so well that is the history that most needs to be reexamined. Sometimes this is because new sources come to light, revealing perspectives we did not know existed that suddenly illuminate the shadows that lie just beyond these well-trodden paths. Long-forgotten voices and experiences make us reconsider the people and events that we assume we know inside and out, offering nuance through crucial details that have escaped notice. In other instances, it is because events in our own times spark fresh ideas about how to think about the past, and new technologies make it possible to reconstruct what has come before in tangible and immersive ways.

When I set out to write The Daughters of Yalta, I knew that it would be very different from any book written about the 1945 conference between Churchill, Roosevelt, and Stalin. Yes, it is the story of Yalta, the consequences of which we are still living with today, but despite all that has been written about Yalta, a crucial story had remained hidden. Yalta is also the story of the special bonds between three fathers and their remarkable daughters—Winston and Sarah Churchill, Franklin and Anna Roosevelt, Averell and Kathleen Harriman—all brought together on the world stage.  These three women had been passed over by historians, in part because historians only engaged with their story to sprinkle in tidbits of lighthearted human interest between heavy debates about the fate of the world.  But never before seen sources and the forces of the present brought these daughters to the forefront of the narrative. They also challenged me to see their famous fathers as I had never seen them before.

In this class, I’ll share the things I’ve learned about what we mean when we talk about “history” — about how the ways that we and our contemporaries see things impact what feels like a new story worth telling about the past, about how historical perspectives change over time, and about how a fresh look at what we think of as a well-known figure or historical event can teach us something new about the legacy we inherit from the past.

More than anything, I will share what I’ve learned about history’s time-bending power. History should not be considered in a vacuum.  It is about so much more than static memorization of names and dates in the steady march of time. It is also sold short by the dire warning that we must learn the past so as not to repeat our mistakes in the future. History is dynamic.  It should be harnessed to comfort and inspire us today and tomorrow. It can show us that even in the most challenging times, those who we think of as the “Great Men of History” grappled with the same doubts, fears, and trepidations that we face in our own times, and that ingenuity, creativity, and cooperation can win the day.

At its heart, history is just a story about relationships, whether it is relationships between nations or relationships between individuals—including the relationship between one father and his daughter. Most of us will never know what it’s like to tussle with Stalin over the future of Europe in a Tsar’s former palace on the war-torn coast of the Black Sea, but we all know what it’s like to be someone’s parent or child. It is in the most difficult times, we need to look again and again at the history we think we know so well to remind ourselves that the individuals we put up on a pedestal are not so very different from us after all.

We’ll do that together when we meet. I hope you’ll join me. 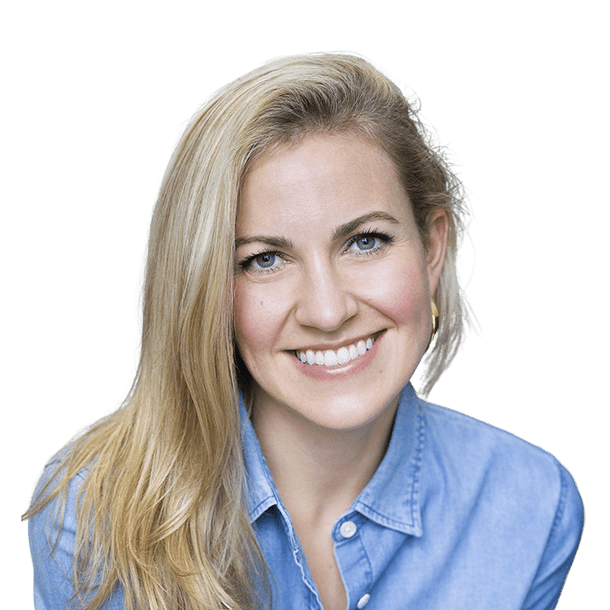 Catherine Grace Katz is the author of the internationally acclaimed book The Daughters of Yalta: The Churchills, Roosevelts, and Harrimans: A Story of Love and War, named one of the Best Books of 2020 by Publishers Weekly and one of the Best History Books of 2020 by the Telegraph. Originally from Chicago, Catherine graduated from Harvard in 2013 with a BA in History and received her MPhil in Modern European History from Christ’s College, University of Cambridge in 2014, where she wrote her dissertation on the origins of modern counterintelligence practices under the supervision of Professor David Reynolds. After graduating, Catherine worked in finance in New York City before a very fortuitous visit to the bookstore in the lobby of her office in Manhattan led her to return to history and writing. She is currently pursuing her JD at Harvard Law School. The Daughters of Yalta is her first book.