View the archive of this two-hour class from multi-award winning journalist and author Janine di Giovanni, and discover the Five Things She’s Learned about writing — and appreciating — narrative non-fiction and memoir.

View the archive of my two-hour class and discover the Five Things I’ve Learned about writing and reading great non-fiction.

I’m an author, an analyst, and — currently — a Senior Fellow at Yale University’s Jackson Institute for Global Affairs. But first, and always, I am a reporter. I write long-format narratives, mainly about war and the politics of conflict.

I’m a former Guggenheim Fellow, and in 2020 I was awarded the Black Dodd Prize, the American Academy of Arts and Letters highest prize in Non-Fiction. My award-winning book, The Morning They Came For Us: Dispatches from Syria, has been translated into 30 languages. I’ve written seven other books on war and conflict, served as the Middle East Editor at Newsweek reporting mainly on human rights abuses and investigating war crimes, and been a frequent writer for The New York Times, the New York Review of Books, Harpers, Granta and The Guardian.

Some of the greatest forms of literature come in the form of narrative nonfiction – in particular memoir and essay. I look forward to leading you through five things I’ve learned about this form.

In this live, two-hour class, I’ll talk about the essential role that great non-fiction narrative plays in shaping readers’ and writers’ understanding of the world. I’ll also share the most storytelling techniques I’ve found most useful in my own work: I’ll talk about the best ways to interview sources (including family members and voices from the past), and address each of the essential components of great narrative: construction, timing, research, pace, dialogue, and recall.

We’ll also talk specifically about memoir — about how to construct a compelling and successful narrative that shares the substance of your own life and what we all can learn from specific techniques of great writers including Joan Didion, James Baldwin, Barbara Skelton, Lillian Hellman. Together, we’ll look at thematic memoirs such as Andrew Solomon’s The Noonday Demon, Mary Karr’s The Liar’s Club and Lit; and also at some populist nonfiction, including Cheryl Strayed’s Wild. (I’ll share specific readings I’ll reference in this class in advance with you via email closer to the time of our live session.)

If you’re a writer, my aim is that when this class concludes you’ll be better equipped to make your non-fiction as successful as you want it to be. If you’re a reader, I hope all we share together will increase your continuing appreciation and enjoyment of great, essential writing. 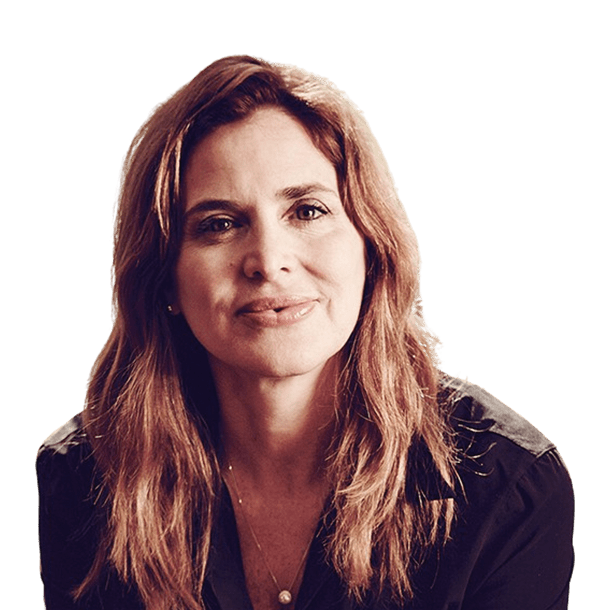 Janine di Giovanni is a multi-award winning journalist and author, a Senior Fellow and Lecturer at Yale University’s Jackson Institute for Global Affairs. CNN made a short video of her life and work when the International Women’s’ Media Foundation gave her their prestigious Courage in Journalism Prize in 2016 for her life’s work.

Janine writes long format reportage, mainly about war and the politics of conflict.  She was awarded a  2019 Guggenheim Fellowship, and is also a public speaker and a foreign policy analyst. In 2020, the American Academy of Arts and Letters awarded her their highest non-fiction prize, the Blake Dodd. She is currently working on a new book called The Vanishing: The Twilight of Christianity in the Middle East which will be published in 2021. Her previous book, The Morning they Came for Us: Dispatches from Syria was translated into 30 languages and was a finalist for the Helen Bernstein New York Public Library Award for Excellence in Journalism. She has published eight other books.

She was a war reporter for nearly three decades, from the first Palestinian intifada in the early 1990s to the siege of Sarajevo; the Rwandan genocide; the brutal wars in Sierra Leone, Somalia, Ivory Coast and Liberia to Chechnya, Afghanistan, Pakistan. She reported extensively in Iraq pre- and post-invasion, and the Arab Spring and finally Syria. Her field work for her current book takes her to Gaza, Iraq, Egypt and Syria. Her focus is on war crimes; global terrorism; refugee issues and sexual violence during war time. Her goal is to document evidence on the ground that can later be cited in war crimes tribunals.  She works alone; often undercover and in closed and difficult countries.

Janine is the former Edward R. Murrow Fellow at the Council on Foreign Relations and has won more than a dozen awards, including the National Magazine Award, two Amnesty International Prizes and the prestigious  Courage in Journalism, and many others.

As an analyst, Janine has written governmental white papers and been a Senior Consultant for projects for the UN Refugee Agency; the UN Democracy Fund; The Shattuck Center on Conflict, Negotiation and Recover; the International Refugee Commission. She is an International Board Member of the Institute for War and Peace Reporting, and she is also an advisor on strategic communications.

She was a long-time Senior Foreign Correspondent for The Times of London and a Contributing Editor for Vanity Fair. She now writes for the New York Times; The Washington Post; The Guardian; The New York Review of Books; Harpers; The Atlantic; Foreign Affairs and many other publications. She currently has a twice monthly column on Global Affairs in The Nation Newspaper, in Abu Dhabi. She has written thousands of essays, reportage and Op Eds over her thirty-year career, and you can see all of them here.

As a speaker, her TED Talk “What I Saw in the War” has nearly 1million hits on YouTube. She has been a Delegate to the World Economic Forum, Davos;  The UK Governments’ Conference on Sexual Violence during War Time; a lecturer at Harvard’s Kennedy School; Princeton’s Woodrow Wilson School of Government; the London School of Economics, She has moderated events at The World Bank, The United Nations, the US State Department; and the Fletcher School of Law and Diplomacy where she was a Pakis Fellow in 2016.

She is a member of the Council on Foreign Relations and the British Governments Stabilization Unit for Fragile States. She is a non-resident Fellow at New America Foundation and the Geneva Center for Security Policy.

A multi-national, Janine lives in Manhattan with her son, Luca Girodon, but she also considers London and Paris home.