View the archive of this 90-minute class from writer, speaker, and founder Nina Collins, and discover the Five Things She’s Learned about the richness and promise that shape the second half of women’s lives.

View the archive of my 90-minute class and discover the Five Things I’ve Learned about the richness and promise that shape the second half of women’s lives.

Hi. My name is Nina Collins. I founded and run a social platform & website  for likeminded —  and by that I mean educated, savvy, witty — women over 40 called The Woolfer.

I wrote a book on Aging without Apology called What Would Virginia Woolf Do? and I also have a masters in the field of Narrative Medicine, which is the study of how we tell our stories in the context of aging, illness, and death. I have a life coaching certificate and have worked in palliative care and end of life settings, and all this activity comes out of a deep interest in how women, particularly, handle transitions of loss.

I’m going to share with you Five Things I’ve learned about women & aging — from some of the practical, the Health/Medical issues that people don’t like to talk about but which are so very real, and also mostly manageable, to the sexual, which encompasses, of course, both physical and psychological issues. I’m going to share with you wisdom I’ve gleaned from the stories and experiences of tens of thousands of women in their 40s, 50s, 60s, 70s, and beyond, and I’m going to talk about loss: death, divorce, the empty nest, the fear and also the freedom of irrelevance and invisibility. I’ll also talk about community, and how much we need each other to make it through our complicated lives. As one Woolfer said to me recently “It’s our job to stay alive for each other.”

I’m so looking forward to having this conversation with you, to share some of the resources and humor that have helped and inspired me, and to really show you that this idea that we can blossom in the second half of our lives is far from an empty promise.

The richness that awaits on this side of 50 is truly surprising. We’re going to have a lot of fun talking about it, and exploring why. 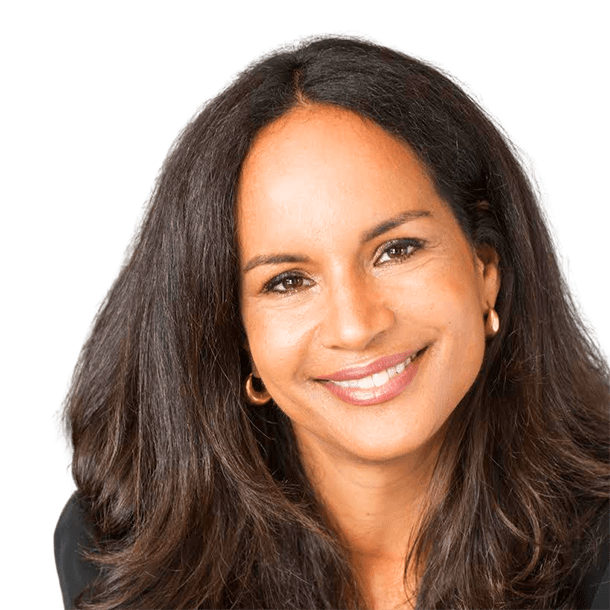 Nina Collins has consciously chosen to embrace the mantra of raging gracefully. The Brooklyn-based entrepreneur, former literary agent, and mother to four young adults has created a vibrant community of women centered on disrupting social norms around aging.

Nina has channeled her multifaceted career as a founder, writer, life coach, and speaker and to bring together a vibrant community of women dedicated to disrupting the taboo and social norms around aging through her social media platform, The Woolfer. Dedicated to women over the age of 40, the thriving international community of 5,000 members with a reach of 25,000 people, discuss everything from lipstick to incontinence, feminism to the latest Netflix series, erectile dysfunction to Empty Nesting, and everything in between.

The Woolfer grew from a 2015 secret Facebook community that Collins started at the age of 46 called What Would Virginia Woolf Do? Her initial post about her perimenopause symptoms garnered such engagement that she developed a private forum where her friends, typically well-read, super savvy feminists, could gather and talk with candor about the joys and indignities of aging.

The community struck a nerve, and within a few years it grew to more than 32,000 women around the world coming together to discuss age-related topics. With the natural progression of the group, Nina launched her Raging Gracefully podcast series, released her first book, What Would Virginia Woolf Do? And Other Questions I Ask Myself As I Attempt To Age Without Apology, and launched impactful virtual and IRL events.

In 2017, she renamed the group to The Woolfer and moved it off of Facebook to a branded, subscription-based ($35/yearly) app, which serves as a safe space where women are supported, understood, and challenged.

Born in New York, Nina draws inspiration from the extensive literary work of her late mother, writer/filmmaker/playwright Kathleen Collins, whose estate she oversees. “My mother died when she was 46. When I turned 46 and was starting to go into menopause, I no longer had her as a model and I really wanted other women’s voices to help me,” Nina notes. “In some ways I created a group [The Woolfer] that would mother me, and they really do.”

Nina has a BA from Barnard College. Drawing from her experience with the loss of her mother, she completed her master’s degree in Narrative Medicine at Columbia University. She is also an IPEC certified life coach. Collins has been written about in The New York Times and has published articles about divorce for Vogue, Elle, and Huffington Post, as well as literary anthologies.

For more information on The Woolfer community, check out www.thewoolfer.com.