How to Live in a City

View the archive of this 90-minute class from acclaimed writer and historian Thomas Dyja and discover the Five Things He’s Learned about how we can use our city’s structures and energies to improve our well-being and help create a better place for all.

View the archive of my 90-minute class and discover the Five Things I’ve Learned about how we can use our city’s structures and energies to improve our well-being and help create a better place for all.

My name is Thomas Dyja. I’m a writer, a Chicago native and a New York transplant, and the books I’m best known for—The Third Coast: When Chicago Built the American Dream and New York, New York, New York: Four Decades of Success, Excess, and Transformation—are histories of those two cities during dramatic, even iconic eras. I grew up in Mayor Richard J. Daley’s Chicago, with the smell of the Stockyards still in the air, and then spent more than forty years in New York as it evolved from Fiscal Crisis to Luxury City. Both were cities in constant crisis, but they also both managed to be, in some very important ways, triumphant.

Not many people are talking about triumph these days, though, when it comes to any city. Instead we’re asking fundamental questions about them, not just because of Covid, but because of climate change and inequality, with some pundits and politicians even asking whether cities themselves are somehow….over, which is, of course, nothing new. Go all the way back to Ur and you’ll find that cities have always been used to scare people. They’re thought to be dirty and dangerous; greedy, sinful, and lonely. They’re places to escape, survive, or— if you’re strong and ruthless enough — conquer at the expense of everyone else fighting for their own spot in the line for the next overpriced apartment or trendy donut.

Well, after a life lived in cities, I heartily disagree. And that’s why I hope you’ll join me for Five Things I’ve Learned About How to Live in a City. Cities do need to change. But as we talk about what we want our cities to be in the years ahead, we need to see that while business and government build the buildings and lay the highways, it’s People who make the city. Though my books have shown how Chicagoans and New Yorkers created the cultures and communities that define those places, it’s true of Los Angeles, Atlanta, Boston, London, Paris, and Lagos too. The buzz, the friction, the exchange comes from us. Cities are the product of our connections to each other, how we the people exist in our cities not just as demographics, but in how we live with each other.

During my 90-minute class, I’ll offer strategies for an engaged, even enlightened, kind of urban life that involves more than just finding a job and a place to live. I’ll show how to use the structures and energies of cities to improve your own well-being, and in the doing, make your city a better place for everyone. We won’t be discussing policy points; we’ll be looking at living in a city as a kind of practice. I’ll share insights for new arrivals – from the need to learn local history and exchange knowledge with humility, to creating your own networks. More importantly, though, I want to reawaken long-time residents to the potential of their surroundings. Some of it’s as simple as celebrating with others and walking more, but we’ll also talk about the deeper, tougher realities of urban life. How friction creates meaning, for example, and how to invest in your community without embracing fear and exclusion. How power starts with small things and why gardens—both real and figurative—matter.

For our cities to work, we need to stop waiting for the Powers That Be to do the right things. We have to consciously make them work, ourselves. Not only can we live in cities in ways that are active, generative, and democratic, but given estimates that almost 90% of the world’s population will live in one by 2050, frankly we must.

I very much hope you’ll join me. 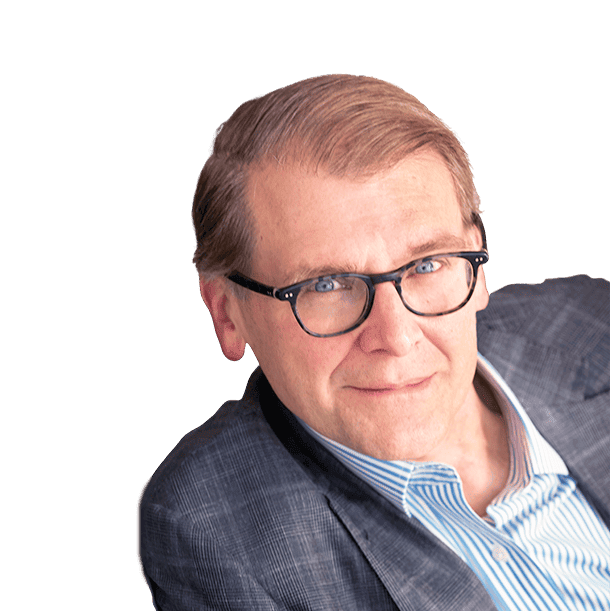 Thomas Dyja worked in publishing for more than a decade before becoming a writer. Along with editing four anthologies, he’s written three novels, a biography of civil rights pioneer Walter White and The Third Coast: When Chicago Built the American Dream, a New York Times Notable book, One Book One Chicago selection, and winner of the 2013 Heartland Prize for Non-fiction. A Chicago native, he lives on the Upper West Side with his wife, literary agent Suzanne Gluck.