Where Creativity Comes From

View the archive of this two-hour class from best-selling author Steven Johnson, and discover the Five Things He’s Learned about the critical tools innovative thinkers use to nurture their creative practice – and the five key questions consistently innovative people ask themselves most often.

View the archive of my two-hour class and discover the Five Things I’ve Learned about the critical tools innovative thinkers use to nurture their creative practice – and the five key questions consistently innovative people ask themselves most often.

About a decade ago, I published a book about creativity and innovation called Where Good Ideas Come From. The book deliberately took on a wide-angle view of the creative process, documenting the kinds of environments that encouraged breakthrough ideas — everything from city neighborhoods to the design of offices to new software platforms to the neural networks of the human brain. And it drew from an equally wide range of disciplines, with historical stories of innovative thinking in computer science, jazz, urban planning, architecture, chemistry, and many other fields.

In the years that I have passed since I wrote Good Ideas, I’ve spent thousands of hours talking to people around the world about these patterns of innovation. Many of those conversations have sparked new ideas in my mind, suggesting new techniques for cultivating creativity that weren’t in my original book. But over that period, a broader concept also came into focus for me, something that was, I suppose, implicit in Good Ideas but never fully spelled out: That people who are interested in having more original ideas — which should be most of us! — need to deliberately build a kind of creativity practice, something that you actively plan out and organize, like a diet or an exercise regime. Whatever field you are in — whether you are a teacher, or a health care worker, or an architect, or a writer —  you need to curate the tools and the environment (social and physical) where you nurture and refine new ideas.

And this creative practice is something that requires updating and review. I’ve started a routine where every few years, I block out a couple of days to sit down and review the techniques I’m using to discover, organize and develop my ideas, to see if there’s something that can be improved upon. Maybe it’s some new note-taking software that’s just been released; maybe it’s something in my daily routine that needs to be re-organized.

Some of the techniques and the tools that I’ve developed over that time draw directly from the research that I did for Where Good Ideas Come From; some of them have emerged in the years after the publication of that book. But until now, I’ve never tried to formalize what I’ve learned about maintaining a creative practice and the whole idea of an “innovation review.” And so for this session of Five Things I’ve Learned, I’m going to do just that.

No matter your discipline or focus – whether you’re a creative writer, a software engineer, a scientist, or just someone who is interested in nurturing more innovative thinking in your life – this two-hour class will give you critical tools to develop your creative practice, structured around five key questions I’ve found consistently innovative people ask themselves most often. I’ll tell some stories that illustrate why these questions are so important, and talk about a number of powerful new tools that have come on the scene in the past few years that augment our creativity. I hope that when we’re done, you’ll be better equipped as a result of the time we spend together make the most of your own efforts and potential.

One of the key lessons of Good Ideas — and in fact of almost all my books — is that creativity is inevitably the product of networks, not singular geniuses, and so I want this session to reflect that principle. I’ll be sending out emails to everyone who signs up for class beforehand, to solicit their own experiences and creative workflows, and will weave some of that material into the session as well. And after the class I’ll share a document with resources and further reading that summarizes the collective wisdom of the whole class.

I hope to see you there! 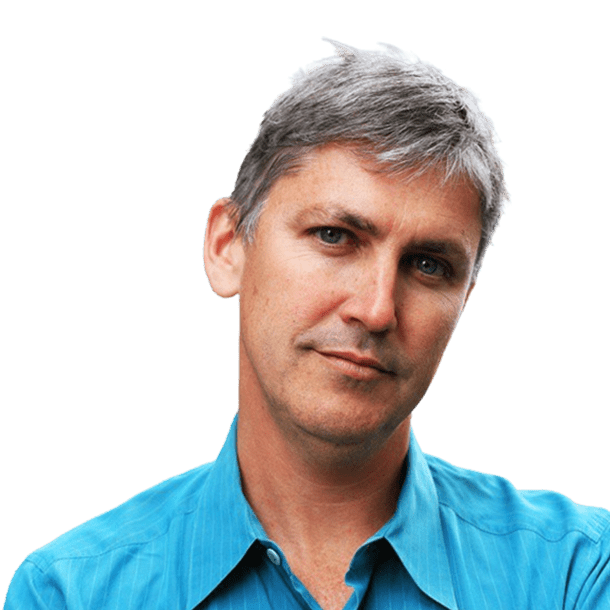 STEVEN JOHNSON is the bestselling author of thirteen books and an expert on the history of ideas and inventions. The Wall Street Journal called him “one of the most persuasive advocates for the role of collaboration in innovation.” His books include The Ghost Map, Where Good Ideas Come From, and most recently Extra Life: A Short History of Living Longer, which was also a PBS/BBC television series. Steven is also the host of the podcast American Innovations and the host and co-creator of the Emmy-winning TV series, How We Got To Now. He lives in Brooklyn NY and Marin County, CA with his wife and three sons.