How Manhattan Became “The Island at the Center of the World”

View the archive of this 90-minute class from New York Times bestselling writer Russell Shorto, and discover the Five Things He’s Learned about how the Dutch founding of New York City shaped the world’s most dynamic metropolis – and continues to impact America.

View the archive of my 90-minute class and discover the Five Things I’ve Learned about how the Dutch founding of New York City shaped the world’s most dynamic metropolis – and continues to impact America.

Have you ever wondered why New York is the most dynamic city on earth? With all due respect to Chicago and Los Angeles, no place in the U.S. can match its vitality, its capacity for reinventing itself, its turbulent creativity, or its impact on the country as a whole. Why is that?

The secret to New York’s dynamism is in its roots. New York’s beginnings are unique. Before the skyscrapers, before the tenements, before Tammany Hall, was the Dutch city of New Amsterdam, capital of the colony of New Netherland. Between 1609, when Henry Hudson charted the region on behalf of the Dutch East India Company, and 1664, when the English invaded and renamed New Amsterdam after the Duke of York, the Dutch laid the foundations for a world-changing metropolis.

My New York Times bestselling book about Dutch Manhattan, The Island at the Center of the World, won the New York City Book Prize and got me a Dutch knighthood. It has been optioned for a TV series and has been translated into eight languages. Now I’d like to invite you to join me as I use it as the basis for a live, one-time class in which I’ll share with you Five Things I’ve Learned About How Manhattan Became the Island at the Center of the World. We’ll dive into history, and then pull back to the present to connect that history to today. Among the insights you’ll discover:

Diversity. We think of America as a melting pot, but for most of our history Americans were proud of their “pure” English roots. But while the colonies of Massachusetts, Connecticut, and Virginia were indeed founded by the English, right in the middle of those was the Dutch colony of New Netherland. It covered parts of five future states, with its capital of New Amsterdam on Manhattan Island. That little city, of only 16 streets, was the key to New York’s future. Among other astounding facts about it was this: its residents spoke a total of 18 different languages – at a time when the population was only about 500. You might say that New York was New York even before it was New York.

Money. At the same time the Dutch were founding a colony based on Manhattan Island, they were inventing what we now call capitalism. Shares of stock. A stock exchange. Multi-national corporations. Using these tools, this little European nation rapidly developed a global trading empire. Family-run companies based in Amsterdam sent one of their sons to New Amsterdam to set up branch offices, giving the mixed residents of Manhattan an introductory course in capitalism and allowing them to profit from beaver pelts and tobacco.

Tolerance. What was the key to the success of the Dutch Manhattan? Beneath their way with money and their racially mixed society was a secret ingredient: tolerance. Intolerance was official policy in places like England, France and Spain. This was common sense: in order for your society to be strong, it was felt, everyone had to be on the same page – most of all in matters of religion. But the Dutch thought otherwise. They crafted an official policy of tolerance of religious and other differences. They invited people of different backgrounds and languages to be part of their society, both in the Old World and on Manhattan, believing it would be good for business. And it worked. The Dutch Republic became the European center of trade, and Manhattan Island became a New World juggernaut.

The Power of Parenthood. New Amsterdam owed its success to the fact that it had a doting parent. The city of Amsterdam treated this little village at the tip of Manhattan Island as a child that needed constant attention. Diversity, tolerance, trade – all these were traits the parent instilled in the child. And with them came one other thing: unparalleled creativity. At this same period, the city of Amsterdam was in its Golden Age. Rembrandt led the way in creating a new, secular art. The Dutch were inventing the microscope, peering through lenses into the heavens, creating the world’s most accurate maps. The city of Amsterdam published about one-third of all books that were produced in the 17th century. The culture of fervid creativity passed from parent to child.

Legacy. New Amsterdam didn’t last. In 1664 the English sent an invasion force and took over, renaming it after the Duke of York, brother of the king. But what the Dutch brought to Manhattan was like genetic material, which dictated the island’s development through the next centuries. Trade, diversity, and creativity became the birthright of New York. And New York in turn helped to instill those same traits in the country as a whole.

I believe this combination of ingredients is the key not just to what makes New York great but to what makes modern society vibrant. Right now we’re in a period of great uncertainty about the future. I hope you’ll join me in this one-time class in which we look to history for reminders of who we are. 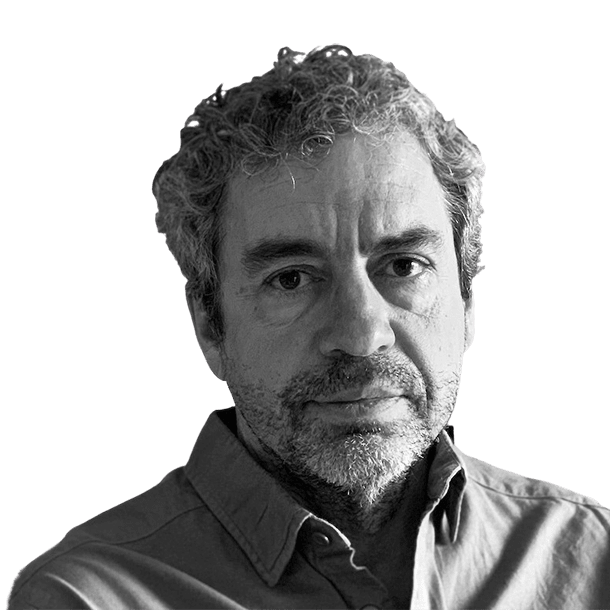 Russell Shorto is a New York Times best-selling author of seven books, including, most recently, Smalltime: A Story of My Family and the Mob. He is also a contributing writer at the New York Times Magazine. His books have been published in fourteen languages and have won numerous awards. In 2009 he was given a knighthood by the Dutch government for advancing Dutch-American historical awareness. In 2018 he was inducted into the New York State Writers Hall of Fame.