Reading and Writing the Essay

View the archive of this two-hour class from acclaimed author and editor Phillip Lopate — the celebrated central figure in the revival of the American essay —, and discover the Five Things He’s Learned about the powerful legacy and continuing pleasure of this engaging, versatile art form.

View the archive of my two-hour class and discover the Five Things I’ve Learned about the powerful legacy and continuing pleasure of this engaging, versatile art form.

The essay is a literary form dating back to ancient times, with a long and glorious history.  As the record par excellence of a mind tracking its thoughts, it can be considered the intellectual bellwether of any modern society.  The great promise of essays is the freedom they offer to explore, digress, acknowledge uncertainty; to evade dogmatism and embrace ambivalence and contradiction; to engage in intimate conversation with one’s readers and literary forbears; and to uncover some unexpected truth, preferably via a sparkling prose style.  Flexible, shape-shifting, experimental, as befits its name derived from the French essai = attempt, it is nothing if not versatile.

When I first dreamed of being a writer, in my late teens and early twenties, I was drawn first to fiction and then to poetry.  Never did it enter my mind then to become an essayist.  The essays I was exposed to in college were assigned by way of teaching to write compositions and examination papers, the sort of tax you had to pay in order to read great literature.   As I was usually assigned no more than one essay per writer from a textbook, it did not occur to me that essayists could have personalities as charming or idiosyncratic as my favorite novelists and poets.  But I was already drawn to first-person writing, that intimate, subjective whisper in the ear. What I liked particularly about first-person writing was the one-to-one connection it established between author and reader, its penchant for self-analysis, often undercut by rationalization and self-deception.  Unbeknownst to me, I was in preparation for falling in love with the personal essay.

That captivation occurred during one summer vacation when I rented a cottage in Cape Cod.  As is my wont, I snooped around the bookcases at the house I was subletting, and found a Penguin paperback of William Hazlitt’s selected essays, and took it outside to peruse.  Unlike Paul on the road to Damascus, my conversion experience occurred lying in a hammock.  Hazlitt’s cussed, animated voice electrified me from the start.  He turned me on to his friend Charles Lamb, who had a much more insidious, playful tone, but was every bit as galvanizing.  Hazlitt also warmly recommended Montaigne, whom I had read decades earlier in college with baffled indifference, but who now, as I approached middle age, became my guy, my model.  The rest of the Anglo-American canon followed more or less automatically:  Addison and Steele, Samuel Johnson, Stevenson, Beerbohm, Virginia Woolf, Orwell, and on the other side of the Atlantic, Thoreau, Mencken, Baldwin, Mary McCarthy, etc.

I began writing the stuff and teaching the personal essay to my graduate students; I had to photocopy masses of material because it was hard to find any anthologies that went back before the twentieth century.  I, however, have been blessed or cursed with an historical sense, and have envisioned the personal essay as a conversation between living and dead authors across the centuries.  Eventually it dawned on me that I myself would have to edit the anthology I needed to assign.   That is how The Art of the Personal Essay came about.  It has become the standard text, adopted by universities across the United States.  I became so identified as the champion of the personal essay that I began to feel imprisoned in my promotional role, though happy to take whatever rewards it provided.

Part of the problem was that the more I studied the vast literature of the essay, the less was I convinced that the personal essay constituted such a unique subgenre, distinct from other kinds of essays.  First, I fell in love with Emerson, whom I had stupidly excluded from my Art of the Personal Essay, only to realize decades later that there was no American essayist more imbued with personality, acuity and sheer strangeness than this man.  Second, I began writing a lot of criticism—of movies, books, architecture, visual arts—and it didn’t seem to me that my brain or my deployment of rhetorical strategies was operating any differently than when I wrote personal essays.  I knew that some of my favorite practitioners, such as Virginia Woolf, George Orwell and Max Beerbohm, were equally adept at critical pieces as they were at personal essays, with no shrinkage of their inimitable personalities in their criticism.    As I immersed myself in the critical masters, from Diderot to Ruskin to Edmund Wilson to Lionel Trilling to Susan Sontag, I saw that they were all cobbling together a highly specific voice or persona through which evaluations and insights could issue forth.

I have since been expanding my idea of what constitutes an essay, which has taken me in many new directions: food writing, nature writing, science writing, psychoanalysis, sports, politics, geography, religion.  No longer restricted to the self-consciously belletristic, I seek out fine examples in every discipline, because every discipline has gifted writers who are willing to venture forth with their thoughts on the page, testing hypotheses, registering skepticism about received ideas, examining their own doubts, employing worldly irony, and making a pleasing arc of their cogitations.  Which brought me to my current project: editing a three-volume set of anthologies of the American essay.

At bottom is my conviction that the best way to familiarize yourself with the essay is to become a dedicated reader of the form.  Immerse yourself in its literature.  In our workshop I will be discussing various masters and making recommendations.  As someone who has taught creative writing for more than four decades, I will also be advocating useful practices for those who wish to try their hand at it.  Whether you would like to write essays yourself, or simply enjoy them as a reader, this session should provide a basic introduction to the form, a foundation for further exploration, and, I hope, a good time. 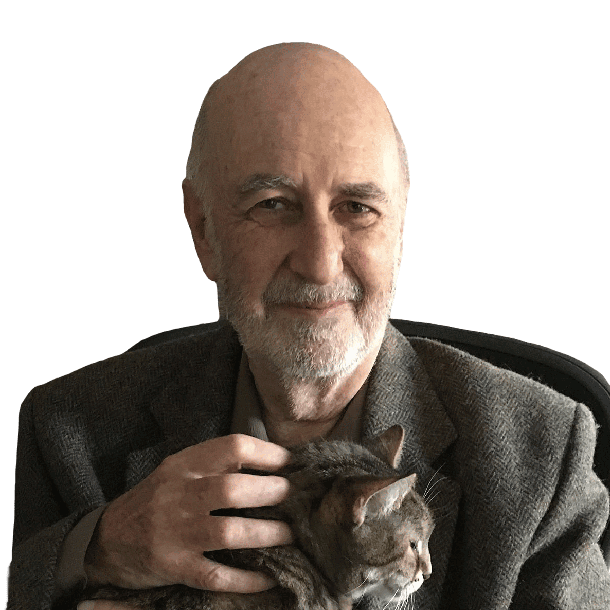 Phillip Lopate is a central figure in the revival of the American essay, both through his ubiquitous edited anthology, Art of the Personal Essay, and his own essay collections, Bachelorhood, Against Joie de Vivre, Portrait of My Body and Portrait Inside My Head.  He is also the author of such book-length nonfiction works as Being with Children Waterfront, Notes on Sontag, Rudy Burckhardt: Photographer and A Mother’s Tale. Additionally, he has written books of fiction (Confessions of Summer, The Rug Merchant, Two Marriages) and poetry (At the End of the Day).  Finally, he has edited other anthologies (Writing New York and American Movie Critics), and is currently completing a three-volume historical anthology of the American essay.   A member of the American Academy of Arts and Sciences, a winner of Guggenheim, New York Public Library and National Endowment for the Arts fellowships, he is on the faculty of Columbia University’s Graduate Writing Program, School of the Arts.