Thinking and Writing about Citizenship

View the archive of this two-hour class from U.S. Marine Corps veteran, writer, and teacher Phil Klay and discover the Five Things He’s Learned about American citizenship – what it means, the obligations it places upon us, and the uglier way our shared ideals sometimes work in practice.

View the archive of my two-hour class and discover the Five Things I’ve Learned about American citizenship – what it means, the obligations it places upon us, and the uglier way our shared ideals sometime work in practice.

Hi, I’m Phil Klay and I’m excited to invite you to join me for Five Things I’ve Learned Thinking and Writing About Citizenship.

I served in Iraq, in the United States Marine Corps as a public affairs officer, and since I got back I’ve been obsessed with two things—the war I served in, and the suddenly strange country I returned to. I wanted to engage people in conversations about just what exactly I was representing when I went, armed, through the cities and towns of a foreign country in the midst of a brutal insurgency, with an American flag on my shoulder.

Since then, I’ve written short stories and a novel about modern warfare which have been read by generals and government officials and at least one modern President, and I’ve also written essays and pieces of journalism for publications like the New York Times, The Atlantic, The New Yorker and the Washington Post. Much of that work has been aimed at thinking through American citizenship—what it means, what obligations it places upon us, how it works as an ideal, and the uglier way it sometimes works in practice. And so, in this class I’ll be discussing what I’ve learned over the past fifteen years about how think about to communicate about our citizenship.

Some of these lessons will be about the practical nuts and bolts of writing. How do you structure a longform essay in a way that doesn’t just preach at a reader, but rather invites them in to think through a complex subject with you? How does one take a seemingly dry subject—like Congressional decisions that have changed how we wage war—and present then in a narrative that is emotionally compelling and intellectually rich? I’ll expose my own writing process, and talk through the choices I make while editing work.

But I really want to focus in detail about the way I’ve chosen to approach the subject itself. American democracy is on the one hand a system involving rules for elections, separation of powers, and large bureaucracies. But it is also an ideal, forged in the bloodshed of the American revolution and entailing a commitment to self-rule, to sacred words like freedom, and equality. Anyone writing about citizenship has to be able to work on both registers, while never losing track of deeply personal human narratives at the heart of the story.

I’ll talk about the resources I’ve drawn on from history—not just the way in which I do research but also how I think about history in the work I do. In any nation we cobble together our notions of who we are, and what our country can be, from the stories about history we’ve inherited. Sometimes these stories are false, or incomplete, but sometimes you can uncover luminous bits of history peeking through from the past, and offering a way forward in the future.

And finally, I’ll talk about the necessity of confronting the hard cases, the ideological opposition, the aspects of American life and history you’d rather not think about—and doing so with a searching openness. A commitment to common citizenship means making a principle out of engagement with the uglier parts or our history. It also means engaging with other viewpoints and emotions that make you personally uncomfortable, but which demand expression and debate in a democracy. I’m interested in and engaged in politics, but not in the team sport of partisanship, and I’ll talk through why that matters to me, and how I think about walking that line in my work.

The conversation will be a rich one, moving from a contract murder in Kentucky to a hero of the First War, from grassroots organizations helping process refugees in the wake of the fall of Afghanistan, to George Washington rethinking national defense in the wake of the Battle of Brooklyn.

It’s a strange, painful time for American politics. And I do hope you’ll join me, and challenge me in the Q&A, as we think through how to talk about our shared citizenship, and how to open up deeper, broader conversations capable of cutting through the noise. 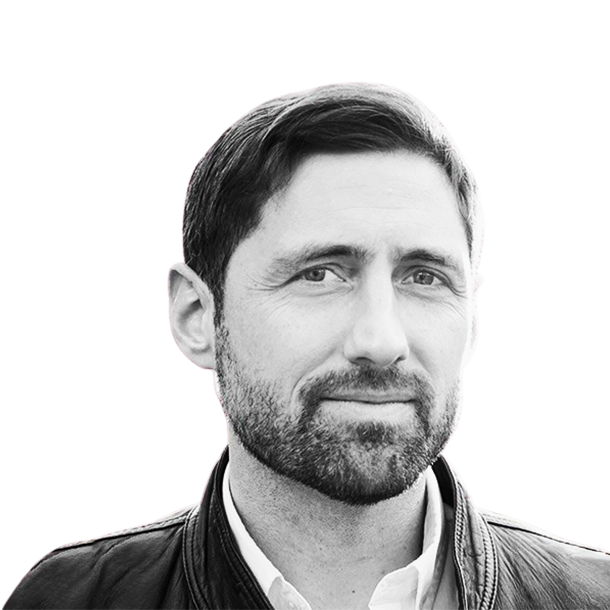 PHIL KLAY is a veteran of the U.S. Marine Corps. His short story collection Redeployment won the 2014 National Book Award for Fiction and the National Book Critics' Circle John Leonard Prize for best debut work in any genre, and was selected as one of the 10 Best Books of 2014 by The New York Times. His novel Missionaries was named one of the Wall Street Journal's best 10 books of 2020, and listed by former President Barack Obama's as one of the best books of the year. His nonfiction work won the George W. Hunt, S.J., Prize for Journalism, Arts & Letters in the category of Cultural & Historical Criticism in 2018. His writing has appeared in The New York Times, The Washington Post, The Wall Street Journal, The Atlantic, The New Yorker, and the Brookings Institution's Brookings Essay series. He currently teaches fiction at Fairfield University. His essay collection, Uncertain Ground, was released in May of 2022 with Penguin Press.