View the archive of this 90-minute class from multi-award-winning photojournalist Nicole Tung, and discover the Five Things She’s Learned about photos’ unique power to inform, to connect, and to document people’s lives.

View the archive of my 90-minute class and discover the Five Things I’ve Learned about photos’ unique power to inform, to connect, and to document people’s lives.

I’ve been a freelance photojournalist for over ten years, focusing mainly on conflicts and their aftermath. I work regularly with magazines and newspapers in the US and Europe — Harper’s Magazine, Stern, Le Monde, The New York Times, The Washington Post, The Wall Street Journal, among others — and have exhibited my projects most recently at Prix Bayeux Festival for War Correspondents, and Visa Pour l’Image photojournalism festival.

Photography is a language and a craft that takes time to shape and develop. That can seem almost irrelevant now with social media platforms where images are shared in their billions every day. But photos with meaning, depth – those that can create empathy and inform, those that can be a bridge between people – still hold importance because they can cut through the noise.

In this live 90-minute class, I will discuss my approach to photographing complex and difficult stories, why I believe they are still important in our image-saturated world, and also touch briefly on the practicalities of being out in the field. Ten years in a career can seem like a short amount of time, but much has changed – because of the intersectional advancements in tech, the Internet, and social media – in the sphere of journalism and photojournalism. I’ll talk a little bit about what compels me to continue doing this work despite the risks, and why it is necessary to be present on frontlines and on the periphery of conflicts and social issues.

We’ll also discuss how photo stories are researched and constructed with some behind-the-scenes look into the actual making of some pictures. I’ll deconstruct some images, before discussing how narrative, aesthetic, and the content of pictures are put into play, and the various ways in which they can be presented to provide context.

I very much hope you’ll join me. 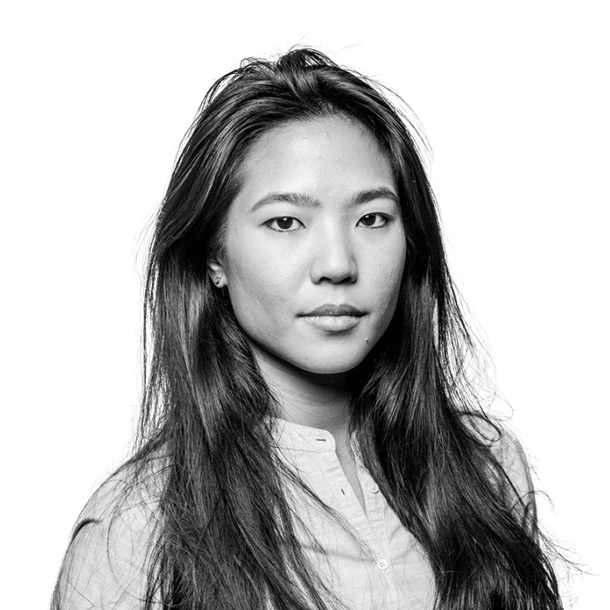 Nicole Tung is a freelance photojournalist. She graduated from New York University, double majoring in history and journalism, and freelances for international publications and NGOs, working primarily in the Middle East and Asia. After covering the conflicts in Libya and Syria extensively from 2011, focusing on the plight of civilians, she spent 2014 documenting the lives of Native American war veterans in the US, as well as former child soldiers in the DR Congo, the pro-democracy protests in Hong Kong, and the refugee crisis in Europe. She is also a grantee of the IWMF Grant for Women’s Stories, and a fellow of the IWMF Great Lakes Reporting Initiative (D.R. Congo, Central African Republic).

She has received multiple awards for her work from the International Photo Awards, Society of Professional Journalists, PX3, and was named PDN's 30 Under 30 Emerging Photographers (2013), among others. Nicole was given the honorable mention for the IWMF 2017 Anja Niedringhaus Awards, and awarded the 2018 James Foley Award for Conflict Reporting from the Online News Association. Her work has been exhibited + screened at the Annenberg Space for Photography, Tropenmuseum Amsterdam, Visa Pour l'Image, and most recently at the Bayeux Calvados-Normandy award for war correspondents in France (2019), with Save the Children in Hong Kong (2019), and at the Foreign Correspondents' Club in Hong Kong (2020). Nicole has also given keynote speeches and contributed to panels on photojournalism and journalist safety, at events including the International Journalism Festival (Perugia, 2019), TEDx in Sweden, the Adobe Make It Conference in Sydney, and Creative Mornings at the National Geographic Auditorium in Washington D.C., among others. She served on the board of the Frontline Freelance Register (2015) and is has undergone HEFAT training with Reporters Instructed in Saving Colleagues (RISC) and Global Journalist Security. She is based in Istanbul, Turkey.