The Healing Power of Songwriting – in Five Songs

View the archive of this two-hour class from singer-songwriter, troubadour, and author Mary Gauthier, and discover the Five Things She’s Learned about song’s unique power to bring hope in the face of deep trauma – inspiring lessons from her own life and from her time with wounded veterans and frontline medical workers.

View the archive of my two-hour class and discover the Five Things I’ve Learned about song’s unique power to bring hope in the face of deep trauma – inspiring lessons from my own life and from my time with wounded veterans and frontline medical workers.

My name is Mary Gauthier. I’m a singer-songwriter, troubadour, and author. I have released ten studio albums and published one book. In spite of my lack of musical training and my somewhat belligerent nature (particularly in regards to the music business), I’ve have been nominated for a Grammy Award, four Americana Music Awards, and several Folk Alliance Awards. To my amazement, I’ve won several.

I began writing songs in my thirties, after I was arrested for drunk driving on the opening night of my second restaurant, and got sober. I credit songwriting with helping me first to stay in, and then to deepen, my recovery from addiction. It pointed me to my own story, which helped me sort through and deal with my own childhood trauma. I sold my restaurants and moved to Nashville when I was forty to become a full-time artist.

Today, I am thirty-one years sober. I still live in Nashville, and have had my songs cut by everyone from Tim McGraw and Jimmy Buffett, to Boy George and Bettye Lavette, Bobby Bare and Kathy Mattea. My songs, all of them, have been born from a desire to dig deeper into my stories and to the stories of others, uncover hidden emotional truths, and make art from it.

I’ve learned alchemy, and how to turn coal into diamonds.

Music and song helped transform me, it helped grow me, it gave me a reason to keep trying, and home to return to. Far more than just entertainment, music and song saved me. Songwriting also helped me to heal.

Songwriting has also helped me to help others. For many years I participated in a program that pairs wounded veterans with professional songwriters, and more recently, I’ve been part of another that does the same with frontline medical workers. Both programs have given me the chance to apply what I learned from dealing with my own trauma and addiction in songs to help others to navigate their own trauma. Together, we co-write songs.

The result has given me a unique perspective. I have seen profound reductions in depression and PTSD in many of my co-writers, and I have seen hope return to families whose supply was running dangerously low. Something else I know for sure: resonance and empathy are two of life’s most powerful experiences. When we (both songwriter and listener), discover that there is someone who feels exactly as we do, we no longer feel alone. The heart opens, and hope follows.

Please join me for my live, two-hour class, Five Things I Learned about the Healing Power of Songwriting. I’m going to share some of the most valuable, interesting, inspiring and surprising things I’ve learned about the unique power of songs to bring hope in the face of deep trauma.

I’ll focus on five specific songs and in the process share all that I’ve learned:

More than anything, I’ve learned that healing is a by-product of empathy, resonance, and agency. Telling our trauma story, no matter how difficult, is a way of making peace with it. It is freeing. The telling it releases some of the poison, giving us the power to make plans and reach for goals once considered unreachable.

I’ve gained so much insight about myself through this work, and I think you can as well. 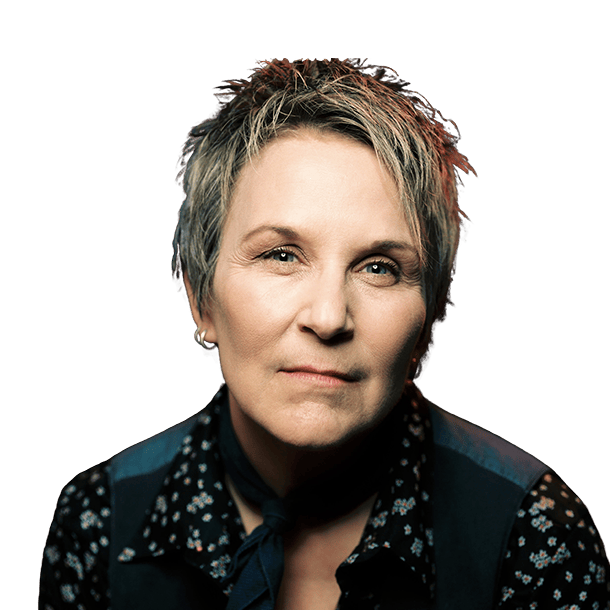 MARY GAUTHIER has been named by The Associated Press as one of the best songwriters of her generation. Her most recent musical release, Rifles & Rosary Beads, a collection of songs co-written with wounded veterans was nominated for a Grammy award for Best Folk Album, and Record of the Year by the Americana Music Association. The UK Americana Association named Mary their 2019 International Artist of the Year, and Folk Alliance International named Rifles & Rosary Beads the 2019 Record of the Year.

Mary is also a published author, and Rolling Stone said, “Mary Gauthier’s book ‘Saved by a Song’ Is a Must-Read Music Book. The Grammy-nominated songwriter dissects her brutally honest songs and preaches the “magnificence of empathy” in a memoir that is just right for these times.”