The Future of Media and Democracy

Join acclaimed producer, executive, professor, and author Jonathan Taplin in this live, 90-minute class and discover the five things he’s learned about the tenuous link between media and democracy – and what the continuing convergence of media, technology, and politics means for artists, and for us all.

Join acclaimed producer, executive, professor, and author Jonathan Taplin in this live, 90-minute class and discover the five things he’s learned about the tenuous link between media and democracy – and what the continuing convergence of media, technology, and politics means for artists, and for us all.

Join me in this live ninety-minute class and discover the five things I’ve learned about the tenuous link between media and democracy – and what the continuing convergence of media, technology, and politics means for artists, and for us all.

My name is Jonathan Taplin. I’ve had five distinct careers. I started my working life the year I graduated from Princeton (1969) as Tour Manager for Bob Dylan and the Band. I was at Woodstock, The Isle of Wight with Dylan and toured Canada on a train (1970) with Janis Joplin, The Grateful Dead, The Band and Bonnie and Delaney. Much madness ensued. In 1971 I produced the Concert For Bangladesh at Madison Square Garden for George Harrison and then went to Hollywood to produce Martin Scorsese’s fist important film. Mean Streets. In the 1980’s I helped the Bass Brother’s rescue Walt Disney from corporate raid and then became a Vice President of Media Mergers and Acquisitions for Merrill Lynch Investment banking.

In the 1990’s I returned to film production and then started the first streaming video on demand service, Intertainer.

In the 2000’s I was a Professor at the Annenberg School for Communications and Journalism and was the Director of the Annenberg Innovation Lab at the University of Southern California.

In 2016 Little Brown published my book Move Fast and Break things: How Facebook, Google and Amazon Cornered Culture and Undermined Democracy. In 2021 Heyday published my memoir The Magic Years: Scenes from a Rock and Roll Life.

These experiences have given me a unique perspective from which to talk with you about something I think about quite a lot these days: the essential link between media and democracy. I believe that media and democracy are so deeply connected that if one dies the other dies. I also know first-hand that media passes through periods of revolutionary change into periods of conservative consolidation. We are currently in a consolidation era, and, unless we are vigilant, the likely consequences are that the outlier artist (Billie Holiday, Jack Kerouac, Bob Dylan, Rachel Kushner, Jean-Michel Basquiat) that has always driven our culture forward, will be silenced.

I hope you will join me in my upcoming live class, Five Things I’ve Learned about The Future of Media and Democracy. I want the class to be interactive and provocative. I want you to come away reimagining what our cultural future might soon look like. I’ll share with you some conclusions from a lifetime of wrestling with the convergence of media, technology, and politics.

So as you can see I’m worried. But there’s still hope and it’s unsure how it will play out. When the class concludes I hope you will have a grasp of some of the possible solutions to the five problems I have mentioned. I would like to spend the last 45 minutes addressing both your questions and your policy suggestions for the future of media and democracy. 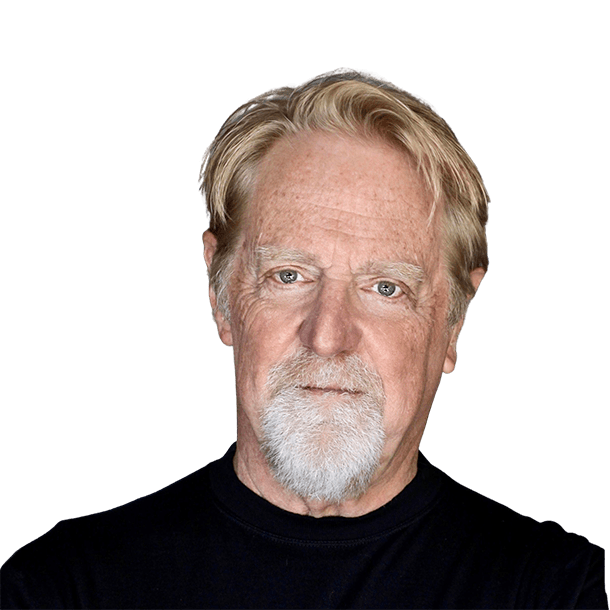 Jonathan Taplin's extraordinary journey has put him at the crest of every major cultural wave in the past half century: he was tour manager for Bob Dylan and the Band in the ’60s, producer of major films in the ’70s, an executive at Merrill Lynch in the ’80s, creator of the Internet’s first video-on-demand service in the ’90s, and a cultural critic and author writing about technology in the new millennium.

Taplin is the Director Emeritus of the USC Annenberg Innovation Lab and author of The Magic Years: Scenes from a Rock and Roll Life and Move Fast and Break Things: How Facebook, Google and Amazon Have Cornered Culture and Undermined Democracy which was nominated by the Financial Times as one of the Best Business Books of 2017. Taplin has produced music and film for Bob Dylan and The Band, George Harrison, Martin Scorsese, Wim Wenders, Gus Van Sant and many others. He was the founder of Intertainer, the first streaming Video On Demand Platform in 1996

Mr. Taplin graduated from Princeton University. He was a Professor at the USC Annenberg School for Communications and Journalism from 2003-2016. He is a member of the Academy Of Motion Picture Arts and Sciences. He currently sits on the boards of The Authors Guild, Americana Music Association and Los Angeles Mayor Eric Garcetti’s Council on Technology and Innovation. His commentary has appeared in The New York Times, Washington Post, Time Magazine, The Huffington Post, The Guardian, Medium, The Washington Monthly and the Wall Street Journal.