View the archive of this 90-minute class from entrepreneur, professor, MacArthur Fellow, and President Obama’s first appointment to the National Council on the Arts, Aaron Dworkin, and discover the Five Things He’s Learned about the life-changing power of diversity in the arts.

View the archive of my 90-minute class and discover the Five Things I’ve Learned about the life-changing power of diversity in the arts.

I am an author, filmmaker, media host, and Professor of Entrepreneurship and Leadership at Michigan. I have been named a MacArthur Fellow; recognized as President Obama’s first appointment to the National Council on the Arts; served as dean of the University of Michigan’s School of Music, Theatre & Dance; and been appointed to the Michigan Council for Arts & Cultural Affairs.

Connecting these achievements: My lasting commitment social justice and my ongoing devotion to The Sphinx Organization, the non-profit arts program I founded in 1997. Sphinx is dedicated to transforming lives through the power of diversity in the arts.

Our four program areas — Education & Access, Artist Development, Performing Artists, and Arts Leadership — develop and support diversity and inclusion in classical music at every level: music education, artists performing on stage, the repertoire and programing being performed, the communities represented in audiences, and the artistic and administrative leadership within the field. Today, Sphinx’s annual programs reach more than 100,000 students and artists. We also deliver live and broadcast programming to more than two-million arts lovers each year.

In this 90-minute class, I’ll offer Sphinx’s inspiring story and my own, and I’ll share the five things I’ve learned about how social change really happens in the fields of the arts and creativity.

I’m eager to share what I’ve learned because I know the transforming power that shared artistic experiences bring to individuals, ensembles, and communities. I know the immediate challenges, and the lasting rewards, of putting structures in place that support artists and entrepreneurs. I’ve also learned how the entrepreneurial path of the artist — a path that demands ongoing excellence and re-invention — transforms the organizations and institutions of which they are a part.

I hope you’ll join me, as I share the ways that I’ve found the artist’s path sparks and sustains real social change.

Aristotle stated: “We are what we repeatedly do. Excellence then, is not an act, but a habit.”

When we’re together, I’ll share strategies for making artistic excellence a habit in your life, and I’ll share the powerful, life-changing things that I’ve learned happen as a result. 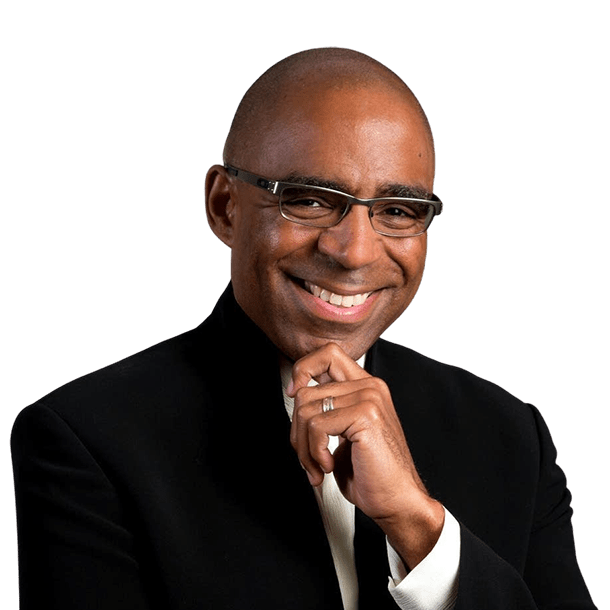 Named a 2005 MacArthur Fellow, President Obama’s first appointment to the National Council on the Arts and Governor Snyder’s appointment to the Michigan Council for Arts & Cultural Affairs, Aaron P. Dworkin served as dean of the University of Michigan’s School of Music, Theatre & Dance (SMTD), which is ranked among the top performing arts schools in the nation. He is currently a tenured full professor of arts leadership and entrepreneurship at SMTD as well as serving as a Professor of Entrepreneurial Studies at the Stephen M. Ross School of Business at the University of Michigan.

In addition, Aaron is a successful social entrepreneur having founded The Sphinx Organization, the leading arts organization with the mission of transforming lives through the power of diversity in the arts. He also serves as host of the nationally-broadcast Arts Engines show which reaches an audience of over 2 million in collaboration with Detroit Public Television, Ovation TV, The Violin Channel and American Public Media including Performance Today and YourClassical.

As a best-selling writer, Aaron has authored The Entrepreneurial Artist: Lessons from Highly Successful Creatives published by Rowman & Littlefield, a science-fiction novel, Ethos: Rise of Malcolm published by MorganJames, as well as his memoir titled Uncommon Rhythm: A Black, White, Jewish, Jehovah’s Witness, Irish Catholic Adoptee’s Journey to Leadership released through Aquarius Press, a poetry collection, They Said I Wasn’t Really Black, and a children’s book The 1st Adventure of Chilli Pepperz.

A lifelong musician, Aaron is a prominent spoken-word performing artist represented by Cadenza Artists with a current national tour of his American Rhapsody with a national consortium of orchestras and premiered with the Minnesota Orchestra and Maestro Osmo Vänskä. He has collaborated with a breadth of artists including Yo-Yo Ma, Damien Sneed, Anna Deveare Smith, Damian Woetzel, Lil Buck and others.

His visual digital art project, Fractured History, has been exhibited at multiple galleries and museums to rave reviews. Aaron is also a filmmaker having produced and directed two films including An American Prophecy and Deliberation and in addition to recording and producing two CDs, entitled Ebony Rhythm and Bar-Talk.