How to Live Better Longer

View the archive of this 90-minute class from distinguished scientist, researcher, and professor Gordon Lithgow and discover the Five Things He’s Learned about scientists’ remarkable recent efforts to slow aging and improve our chances of a healthy late life.

View the archive of my 90-minute class and discover the Five Things I’ve Learned about scientists’ remarkable recent efforts to slow aging and improve our chances of a healthy late life.

I’m Gordon Lithgow, a professor at the Buck Institute for Research on Aging, located just north of San Francisco, CA. I very much hope you will join me for upcoming live class, Five Things I’ve Learned about How to Live Better Longer.

The Buck’s mission is to end the threat of chronic diseases of aging for this and future generations. My work there puts me in regular contact with scientists around the world who are making exciting inroads into efforts to slow aging or improve the chances of a healthy late life. I’m eager to share with you the implications of some of our most important discoveries.

Let this be the first thing I’ve learned about how to live better longer:

I know this first-hand because grew up and was educated in Scotland (yes, I still have the accent!). Even as a child, it was clear that health disparities were a major issue. Simply put, wealthy people enjoyed good health and poorer people didn’t.

I got my PhD in genetics in Glasgow where people’s lives are particularly cut short (“The Glasgow Effect”). Life expectancy (that is, on your day of birth, how long you are expected to live) is dramatically different between richer and poorer districts of the city. For males in Glasgow, life expectancy at birth is just over 73 years. Here in Marin County, California, men can expect to live nearly 82 years – that’s nine years difference!

In our time together, I’ll get into some of the reasons behind this depressing disparity. I’ll also share some of the thrilling results of my work at the Buck, where researchers in my lab recapitulate diseases such as Alzheimer’s and Parkinson’s in tiny nematode worms and help move potential treatments into mouse models. We work to uncover genes and discover small molecules that promote molecular stability, something that declines with age. We are also studying numerous “natural” compounds for their effects on healthspan and lifespan.

It’s thrilling work, and our research has immediate implications for how and why we age. Some of our scientists are trying to understand why aging seems to be very slow in other species. Surely, we can gain insights from long-lived creatures such as clams and naked mole rats; we can also learn from physicians who study human centenarians to confer the same longevity to all of us. It’s gratifying to see potential treatments based on their efforts already being tested in rigorous clinical trials.

We’ll talk about all of this during our time together. Our conversation is also sure to include these other essential things we’ve recently learned about how to live better longer:

There’s much to share! Please join me and the Buck’s own Kris Rebbilot for this exciting class. 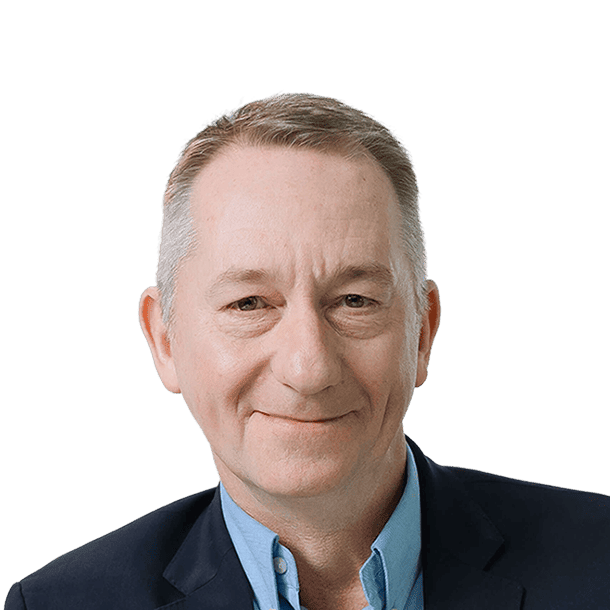 Gordon Lithgow is a Professor and Vice President for Academic Affairs at the Buck Institute for Research on Aging in Novato, California.  He received his PhD in Genetics from the University of Glasgow, Scotland and briefly worked in biotechnology in Switzerland before becoming intrigued with the biology of aging. In 1991 he became a post-doctoral research fellow in the laboratory of Tom Johnson at the University of Colorado, Boulder.  Johnson was the first scientist to discover a mutation in a gene age1) that increased the lifespan of the tiny nematode worm C. elegans.

In 1995, Gordon moved to England to start his own lab and became a Senior Lecturer in Molecular Gerontology at the University of Manchester. In 2001 he and Buck faculty member Simon Melov published a groundbreaking paper in Science which detailed the first use of a drug-like molecule to extend lifespan in a living animal. He moved his lab to the Buck Institute shortly thereafter.

At the Buck, he became a chief advocate for capitalizing on the Institute’s commitment to interdisciplinary research. In 2007 he spearheaded and became the Principal Investigator for a $28 million grant from the federal government which established the Interdisciplinary Research Consortium on Geroscience. He is credited with coining the term “Geroscience” which is now used to describe research on aging and disease around the world

At the Buck, the Lithgow lab utilizes molecular genetics and biochemistry to define aging processes and through extensive collaborations, they apply a range of leading-edge technologies to study protein homeostasis which declines with age. Protein misfolding is implicated in many age-related diseases; that discovery moved the lab’s focus from lifespan extension to efforts to understand drivers of healthspan and the causes of age-related pathology and chronic disease, in particular Alzheimer’s and Parkinson’s diseases.  The lab has taken compounds discovered to extended lifespan and healthspan in the nematode C. elegans and translated them into mouse studies with a high frequency of success. Related studies have been published in high impact journals including Science and Nature.

Dr. Lithgow has been recognized for his research with a Glenn Award for Research in Biological Mechanisms of Aging, a senior scholarship from the Ellison Medical Foundation and the Tenovus Award for Biomedical Research. He has served on many national advisory panels in both the United Kingdom and the United States, including the National Institute on Aging’s Board of Scientific Councilors, and has served as the chair of biological sciences at the Gerontological Society of America. He has partnered with a series of biotechnology companies in sponsored research agreements and has strong collaborations in preclinical aging research in diseases such as Parkinson’s, Alzheimer’s and osteoporosis.