America’s Past, and Its Urgent Lessons for Today

in conversation with Nicholas Buccola

Presented in partnership with Project Word

View the archive of this 90-minute class from writer, author, and professor Dr. Eddie S. Glaude Jr. and discover the Five Things He’s Learned about keeping connected to the voices and visions of our country’s past – and about James Baldwin’s America and its urgent lessons for our own.

View the archive of our 90-minute class and discover the Five Things We’ve Learned about keeping connected to the voices and visions of our country’s past – and about James Baldwin’s America and its urgent lessons for our own.

Hi, I’m Nick Buccola, the author of The Fire Is Upon Us: James Baldwin, William F. Buckley Jr., and the Debate over Race in America. I am thrilled to be hosting a series of four personal conversations with leading writers about their experience of the power of the written word.

New York Times bestselling author Dr. Eddie S. Glaude Jr. will join me for this first session in this series, Five Things I’ve Learned About America’s Past and Its Urgent Lessons for Today. Eddie and I met through our mutual love of the writer James Baldwin and it is Baldwin who provides the starting point for our conversation. Baldwin taught that history is present in all that we do and until we come to terms with our past, we cannot take responsibility for our present. In his book, Begin Again, Eddie “thinks with” Baldwin in order to better understand American history and contemporary politics. In other words, Eddie turned to Baldwin’s words in a quest to find the right words to make sense of the present. In this conversation, Eddie will share all he learned on that journey.

There is no better person with whom to launch this series of conversations about the power of the written word than Eddie Glaude. As a teacher, Eddie has inspired generations of students in the areas of theology, history, philosophy, and politics. As an academic leader, Eddie has distinguished himself as a builder and champion of the work of others. As a writer, Eddie has written seminal books in the areas of African American religion, pragmatist philosophy, and American history. And Eddie has devoted himself to sharing his genius beyond the walls of the academy, through a regular column in Time magazine, commentary on NBC and MSNBC, and he will soon be making his mark in the world of podcasts with History Is Us.

What can you look forward to in this class? My hope is that the conversation between Eddie and I will deepen your understanding of:

·      What it means to “think with” a great author like James Baldwin and how such thinking can shape your own writing and ways of being in the world;

·      The relationship between history and the present;

·      The power and the limits of language to bring about social change.

Time with Eddie Glaude is always time well spent. Please join us for what I know will be an engaging and meaningful conversation. 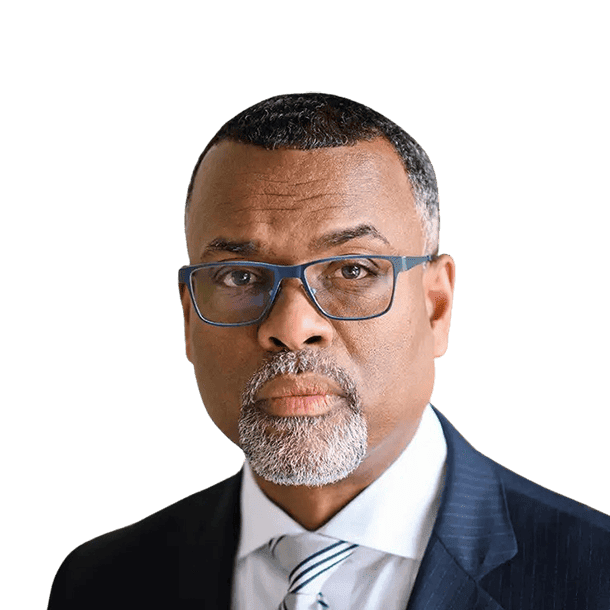 Dr. Eddie S. Glaude Jr., is a passionate educator, author, political commentator, and public intellectual who examines the complex dynamics of the American experience. His writings, including "Democracy in Black: How Race Still Enslaves the American Soul", "In a Shade of Blue: Pragmatism and the Politics of Black America", and his most recent, the New York Times bestseller, "Begin Again: James Baldwin's America and Its Urgent Lessons for our Own", takes an exhaustive look at Black communities, the difficulties of race in the United States and the challenges we face as a democracy. Of Baldwin, Glaude writes, "Baldwin's writing does not bear witness to the glory of America. It reveals the country's sins and the illusion of innocence that blinds us to the reality of others. Baldwin's vision requires a confrontation with our history (with slavery, Jim Crow segregation, with whiteness) to overcome its hold on us. Not to posit the greatness of America, but to establish the ground upon which to imagine the country anew."

A highly accomplished and respected scholar of religion, Glaude is a former president of the American Academy of Religion. His books on religion and philosophy include "An Uncommon Faith: A Pragmatic Approach to the Study of African American Religion", "African American Religion: A Very Short Introduction", and "Exodus! Religion, Race and Nation in Early 19th Century Black America", which was awarded the Modern Language Association's William Sanders Scarborough Book Prize.

Glaude is the James S. McDonnell Distinguished University Professor and Chair of the Department of African American Studies, a program he first became involved with shaping as a doctoral candidate in Religion at Princeton. He is also on the Morehouse College Board of Trustees. He frequently appears in the media, as a columnist for TIME Magazine and as an MSNBC contributor on programs like Morning Joe and Deadline Whitehouse with Nicolle Wallace. He also regularly appears on Meet the Press on Sundays. Combining a scholar's knowledge of history, a political commentator's take on the latest events, and an activist's passion for social justice, Glaude challenges all of us to examine our collective American conscience.

This is just one of four Five Things I’ve Learned sessions devoted to The Power of the Written Word.