View the archive of this two-hour class from scholar, writer, translator, and teacher Bob Thurman, and discover the Five Things He’s Learned about achieving reliable and lasting happiness during his lifetime learning and teaching the Buddha’s curriculum.

View the archive of my two-hour class and discover the Five Things I’ve Learned about achieving reliable and lasting happiness during my lifetime learning and teaching the Buddha’s curriculum.

I have spent my life learning and teaching the Buddha’s curriculum, a path designed to enable any serious student of whatever faith or doubt to achieve reliable and lasting happiness. During my sixty+ year journey, I have done university teaching about Tibetan Buddhism, translated Buddhist texts, and written books that share with others all I’ve discovered about Tibetan Buddhist culture and its healing arts and sciences of body, mind, and spirit.

During this time, my personal life has been marked by initially being afraid of what I thought was a dangerous and difficult reality to feeling reasonably comfortable and occasionally blissful in what now seems to me to be a reality of sheer goodness. The five key axes of this unfolding have been:

It is these teachings that I wish to share with you in my upcoming class, Five Things I’ve Learned about Wisdom, Bliss, and Openness. One by one, I will explain. We will meditate. We will discuss.

In our time together, I hope to share many of the ideas offered in my most recent book, Wisdom is Bliss: Four Friendly Fun Facts that Can Change Your Life. I will also focus on a paradoxical expression inherited from Shakyamuni Buddha and the great Nāgārjuna – an expression that has been key to enlightenment education for at least the last few thousand years in numerous cultures and contexts: shūnyatā-karunā-garbham – in Sanskrit, “Openness the womb of compassion”-in English.

The great thing about what I’ve learned: The Buddha’s path of education is for anyone. You need not be Buddhist, you need not be religious, you need not even be “spiritual” – in fact, skeptics are most welcome. You do need to be a bit open-minded about the question of what is real and what is unreal. You need to be willing to learn, to think critically and confidently, to get rid of the idea that you can’t understand important things, and to question everything. Ultimately, to put yourself on a path of wisdom and bliss you will need to experiment by cultivating both your own good sense and your own inner intuitive experience.

One other thing I’ve learned during this time: To follow His Holiness the Dalai Lama’s sincere policy and prime directive not to missionize or convert anyone from or to any religion or belief system. Whether these ideas and practices are familiar to you or you’re coming to them for the very first time, is in this spirit that I invite you to join me.

I believe that you will be presently surprised by how real and applicable these teachings can be, and I look forward to sharing them with you. 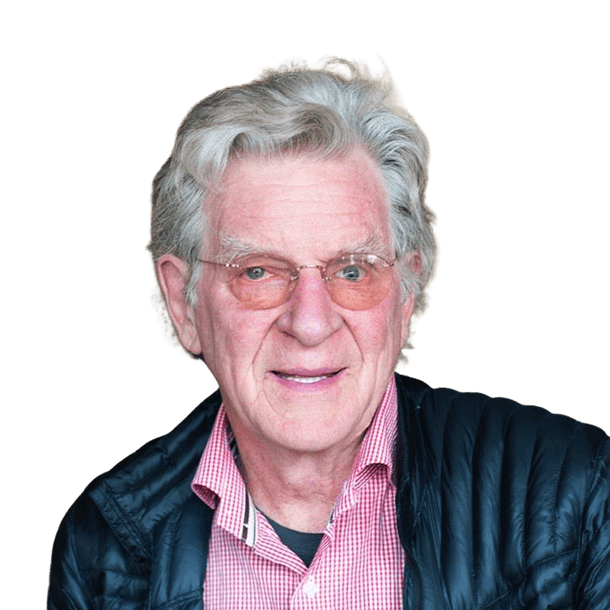 ROBERT A.F. THURMAN is the Jey Tsong Khapa Professor of Indo-Tibetan Buddhist Studies in the Department of Religion at Columbia University, President of the Tibet House U.S., a non-profit organization dedicated to the preservation and promotion of Tibetan civilization, and President of the American Institute of Buddhist Studies, a non-profit affiliated with the Center for Buddhist Studies at Columbia University and dedicated to the publication of translations of important artistic and scientific treatises from the Tibetan Tengyur.

Time chose Professor Thurman as one of its 25 most influential Americans in 1997, describing him as a “larger than life scholar-activist destined to convey the Dharma, the precious teachings of Shakyamuni Buddha, from Asia to America.” The New York Times recently said Thurman “is considered the leading American expert on Tibetan Buddhism.”

Thurman is known as a talented popularizer of the Buddha’s teachings. He is a riveting speaker and an author of many books on Tibet, Buddhism, art, politics and culture, including The Central Philosophy of Tibet, Circling the Sacred Mountain, Essential Tibetan Buddhism, The Tibetan Book of the Dead, Wisdom and Compassion: The Sacred Art of Tibet, Worlds of Transformation, Inner Revolution, Infinite Life, the Jewel Tree of Tibet, Why The Dalai Lama Matters: His Act of Truth as the Solution for China, Tibet, and the World, and with Sharon Salzberg, Love Your Enemies.

His own search for enlightenment began while he was a student at Harvard. After an accident in which he lost the use of an eye, Thurman left school on a spiritual quest throughout Europe, the Middle East and Asia. He found his way to India, where he first saw H.H. the Dalai Lama in 1962. After learning Tibetan and studying Buddhism he decided to become a Tibetan Buddhist monk and was the first Westerner to be ordained by the Dalai Lama. However, some years later, he offered up his robes when “he discovered he could be more effective in the American equivalent of the monastery: the university”. He returned to Harvard to finish his PhD. A very popular professor, students call his classes “life-changing”.

As part of his long-term commitment to the Tibetan cause, at the request of H.H. the Dalai Lama, Thurman co-founded Tibet House US in 1987 with Tenzin Tethong, Richard Gere, and Philip Glass. Since then Uma Thurman, Melissa Mathison Ford, Natalie Merchant, Leila Hadley Luce and many others served on the board. Tibet House US is a non profit organization in New York City dedicated to the preservation and renaissance of Tibetan civilization. It maintains a lively museum and cultural center, and offers programs in all aspects of the Tibetan arts and sciences. It recently founded the Menla Retreat + Dewa Spa in the Catskill Mountains to advance the healing arts and wisdom of Tibetan and Asian medicine traditions and offer their resources to the growing demand for alternative and complementary health practices.

Inspired by his good friend the Dalai Lama, Thurman stands on Buddhism’s open reality, and thence takes us along with him into an expanded vision of the world, whether the sweep of history, the subtleties of the inner science of the psyche, or the wonders of the life of the heart. He always shares the sense of refuge in the Dharma, which unfailingly helps us clear away the shrouds of fear and confusion, sustains us with the cheerfulness of an enriched present, and opens a door to a path of realistic hope for a peaceful future.