The Lasting Legacy of the Negro Leagues

DATE TO BE ANNOUNCED.

Join me in this live 90-minute class and discover the history of Black baseball, and continuing legacy of the figures whose shared achievement transformed America and its game.

I grew up playing baseball in New York City. Back then, my life was timed to baseball. We played before school, after school, and when summer arrived, we played practically from sunup to sundown.

The story of baseball is the story of America. But as is often the case with events that capture the nation’s attention, we have only been told part of this story. Baseball came of age as America came of age. It was an antebellum pastime, a love song to leisure with fast and loose rules that ended up forged in the fires of the Civil War and emerged as the great American pastime in heartlands and cities of the American north, south, east, and west. In its essence, the game is a feast for the senses: the sound of the thwack of the bat, warm summer sun on exposed skin, the smell of fresh-cut grass in the open air, the angled flight and bounce of the ball, the geometric chaos of uniformed runners loping, lumbering, lightning-quick. Baseball that feels as innate as it is ineffable.

To this day, I continue to pursue that ineffable feeling. I look back at baseball’s past and see a mirror held up to our own society and athletes who reflected our sense of what heroes looked like. But what happened to Black baseball in the years between the invention of the game and its eventual integration one hundred years later is an odyssey of truly epic proportions.

Caught between the Charybdis and Scylla of economic and social disenfranchisement, Blacks nevertheless persisted playing the game they loved and helped create. The history of this epoch is a rich but sadly underdeveloped one. And so, questions emerged and developing in my mind, engrossing, questions about how Black baseball survived and thrived through Reconstruction, Jim Crow, the Great Migration, the Great Depression, two World Wars, the Civil Rights movement and beyond does not exist. What were the questions I found? What were the things I discovered? And how and why are they so relevant especially today? Here’s where you would find out.

I have recently published a feature in The New York Times Magazine about the Negro Leagues and Black baseball. The overwhelming response I have received in its wake has made it clear to me that there is already a great interest in the story of Black baseball. Anyone would be drawn to the ageless genius of Satchell Paige (who Joe DiMaggio, among others, called the best pitcher he ever faced), the seismic power of Josh Gibson (a hitter so legendary to Black baseball fans that they referred to Babe Ruth as the White Josh Gibson), the quantum speed and quicksilver smooth of Cool Papa Bell (who Paige said was so fast he could flip the light switch and be in bed before the room got dark). But these heroes are best seen and understood within the context of the larger tapestry of the Black baseball experience. I started to dream of a story, one that would be cinematic in its sweep and authoritative in its research and moving in its wide-lenses and close-up views of this American phenomenon.

Join me for a special evening in which I will teach you Five Things I’ve Learned About the Lasting Legacy of the Negro Leagues. Whether you love baseball or not, trust me you will not want to miss his. I will do an informative and fun deep dive into the essence of Negro Leagues to paint a truly American portrait about is an essential and understoried era of America life, how it simultaneously sustained us and failed us. How it was like nothing we had ever seen and yet, in reading the story, one hears strong echoes of what was later to come in our future, our present.

I have begun work on a new book project entitled, I Just Want Them to Remember Me: Black Baseball in America, which will be published by Farrar, Straus and Giroux. It is what my feature in The New York Times Magazine has been preparing me to write. It will be nothing less than the masterly statement book about Black baseball that the great American genre of baseball writing has been missing. Our class, based on work from the book, will spell out some of the research I am undertaking while giving you a sense of the scope of factors and forces that led to the rise and fall of the Negro Leagues. While unquestionably a class on the great game of baseball, Five Things I’ve Learned About the Lasting Legacy of the Negro Leagues will also be a meditation on storytelling itself, what gets remembered and what forgotten and why.

In short, this will be a great class on a great subject. We’ll pass time talking about the national pastime. Hope to see you there. 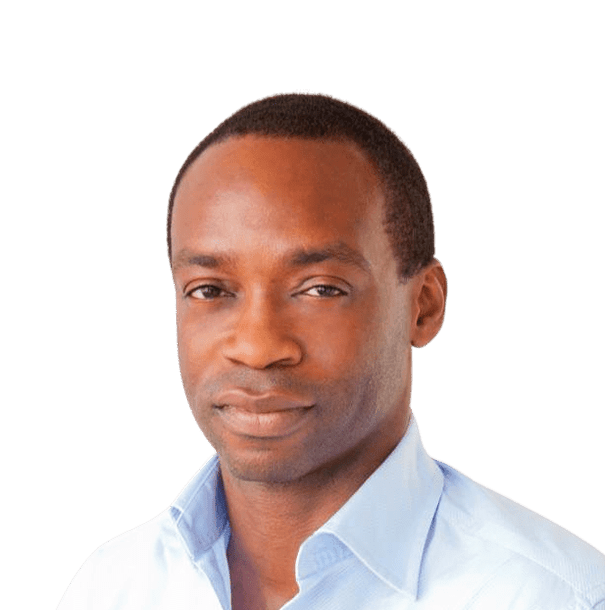 Rowan Ricardo Phillips is a multi-award-winning poet, author, screenwriter, academic, translator, and journalist. His writing appears in The New York Times Magazine, The New Yorker, The Paris Review, and other national and international publications.

The author of three books of poetry, two books of non-fiction, and a book-length translation of fiction, Rowan Ricardo Phillips has been awarded a Guggenheim Fellowship, the Nicolás Guillén Outstanding Book Award, the Anisfield-Wolf Book Award, the PEN/ESPN Award for Literary Sports Writing, the PEN/Joyce Osterweil Award for Poetry, a Whiting Award, and the GLCA New Writers Award. He has also been a finalist for the Griffin Poetry Prize, the National Book Award, and the Los Angeles Times Book Prize.

Also an acclaimed sportswriter, Rowan’s writing on basketball has been collected by The Library of America, his soccer writing has been acclaimed by BBC commentary and English soccer legend Gary Lineker, and his award-winning writing on tennis has achieved widespread international recognition. Rowan has written the screenplay for Legendary’s biopic on baseball icon Roberto Clemente adapted from Pulitzer Prize–winner David Maraniss’ biography Clemente: The Passion and Grace of Baseball’s Last Hero, which will be directed by O. J.: Made in America creator Ezra Edelman and produced by John Lesher, Fuego Films’ Ben Silverman and Jay Weisleder, with Giselle Fernandez and Sandra Condito as executive producers. His work has also been heard on the small screen: his poetry has been adapted for music and subsequently appeared on Spike Lee’s Netflix series She’s Gotta Have It.

Rowan is a graduate of Swarthmore College and has a doctorate in English Literature from Brown University. Currently, he is the Margaret Bundy Scott Professor of English at Williams College and on the faculty of the Creative Writing Program at Princeton University. He is a poetry editor for Public Books, a member of the Creative Council of Aspen Words, a fellow of the New York Institute of the Humanities at NYU, and a scholar at NYU’s Institute for Public Knowledge. He divides his time between New York City, Barcelona, and Williamstown, Massachusetts with his wife and two daughters.